What are Neuromyelitis Optica and Myelin Oligodendrocyte Glycoprotein Antibody Disease?

Neuromyelitis Optica Spectrum Disorder (NMOSD, or simply NMO) and Myelin Oligodendrocyte Glycoprotein Antibody Associated Disease (MOGAD) are two neurological conditions that cause symptoms that are similar to MS. An accurate diagnosis is required as soon as possible, so that the most appropriate treatment can begin. 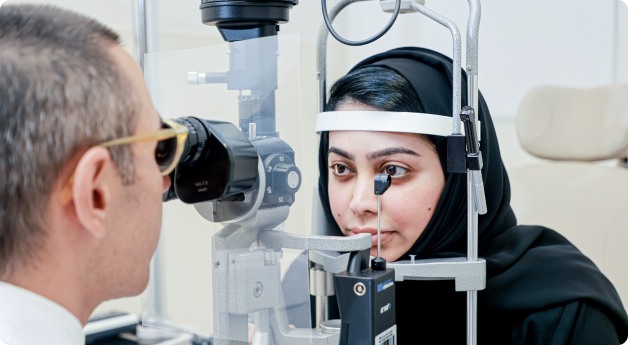 What is Neuromyelitis Optica Spectrum Disorder?

Neuromyelitis Optica Spectrum Disorder (NMOSD) or Neuromyelitis Optica (NMO), is a disease that resembles MS. The main symptoms are loss of sight due to inflammation of the optic nerve (optic neuritis) or weakness of the arms and legs due to inflammation of the spinal cord (transverse myelitis). Some patients may experience severe episodes of nausea and vomiting for no apparent reason. Other symptoms can include nerve pain, spasms, and stiffness, as we as bladder, bowel and sexual problems.

How is NMO different from MS?

Most cases of NMO are caused by a specific protein in the blood called NMO antibody (anti-aquaporin-4 antibody), which is produced by the white blood cells. This antibody attacks parts of the nervous system and is a specific marker for the disease. It is not known why the white blood cells of the immune system mistakenly attack the nervous system. The immune attacks in NMO are typically more severe and may leave permanent damage, compared to MS attacks which are often associated with a better recovery. MS has a secondary progressive stage, which means that the condition worsens gradually over time – often years – after a long period of relapsing disease if left untreated. This is not the case with NMO as it is a relapsing-remitting disease and there is no progressive phase. This means that if we can prevent the relapses, then patients can remain stable.

While we understand the mechanisms that cause NMO (specifically the NMO antibody), just like in MS, we do not know what causes NMO. It is more common in women, and occurs all over the world, with African, Asian, and Native American populations being more at risk.

If a patient presents with loss of sight or weakness, an MRI scan is usually performed first, sometimes with spinal fluid tests. Blood is tested for NMO antibodies and if present, confirms the disease. However, one third of patients may not have the antibody despite otherwise being typical for NMO, so if other symptoms are present and diagnostic tests have ruled out other possible causes, a diagnosis of seronegative NMO can be made.

There is no cure for NMO, but a relapse or attack can be treated with medication. A high-dose steroid is given which suppresses the immune system. A plasma exchange (a treatment like dialysis that cleans the blood of antibodies) can also be given to prevent further damage and speed up recovery.

In order to prevent further attacks, many drugs can be given which suppress the immune system. These drugs are different to the ones given to MS patients. The drugs proven to be most effective include rituximab, inebilizumab, eculizumab, satralizumab, and tocilizumab. Commonly used oral medications include prednisone, azathioprine, and mycophenolate mofetil. All these medications may require blood monitoring.

How is MOGAD different to MS?

The attacks caused by MOGAD can be more severe and may leave permanent damage, compared to those seen in MS, which are usually followed by good recovery. Sometimes MOGAD is a self-limiting illness, which means it can resolve itself without treatment.

MOGAD is caused by a specific protein in the blood called the MOG antibody (Myelin Oligodendrocyte Glycoprotein antibody), which is produced by our white blood cells. This antibody attacks the myelin within the nervous system, and causes damage and inflammation. It is not known why the white blood cells of the immune system mistakenly attack the nervous system. This antibody is a specific marker for the disease and can be tested for in the blood.

Typically, when a patient presents with loss of sight or weakness, an MRI scan is performed, sometimes accompanied by a spinal fluid test. MOG antibodies are present in the blood, so a blood test can confirm a diagnosis.

Use our Online Portal to swiftly book your appointment or do a Virtual Visit.